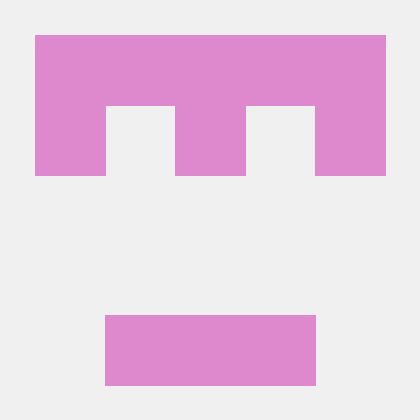 A/B testing is a common method of comparing templates to see which one performs better. SparkPost provides the means to create A/B tests and view completed results through our A/B Testing API.

What benefits do I get from using A/B testing?

A/B testing is a means of determining what content drives more engagement (greater open/click rates). The SparkPost A/B Testing API allows users to compare multiple templates in the context of transactional or app-generated messages to see which one performs better for a set number of recipients (sample size) or over a set period of time.

Many studies have shown that doing A/B testing on email content (vs. not doing any testing) can lift open rates by 13% or more. The following is a step by step guide to A/B Testing on SparkPost to get you started. Note that enhancements are coming over the months ahead (see below) – so please give us feedback on what you would like to see improved in our Beta Program.

You can think of learning mode as a more manual means of doing A/B testing, leaving the decision of which template is the winner entirely up to you, whereas bayesian mode is intended to be an automated means of testing, where an algorithm determines the winner automatically once a given confidence interval has been reached (unless this confidence interval has not been reached by the time the test ends, at which point the default template will be considered the "winner").

Creation and review of A/B testing through the API

Please refer to the A/B testing API documentation for specifics on how to create and retrieve A/B test results. As a basic flow:

The benefit of this approach is that you only have to change the Transmissions API once for any given message type, (e.g. payment confirmation) and you can run as many A/B tests as needed to decide on the best template. Once an active test completes, the A/B Testing functionality will revert to sending your default template if you continue to call the A/B test ID via the Transmissions API. When you’re ready to run another active test, use the A/B Testing API to provide new template variants, set a new date, recipient counts, etc., and the test will run again with a different version number. This mode of A/B testing was built specifically to support the needs of users testing their transactional or app-generated messages rather than bulk sends, because once an active test ends, the previously defined default template will continue to be sent so that production sends are never interrupted.

You can review your results using webhooks or via the Events API. For transmissions that used an A/B Test, open and click events will have the A/B test ID and A/B Test version number so you can differentiate at the results.

A note about Engagement Timeout and End Time

A/B testing of email is not immediate – it takes some amount of time for opens and clicks to occur as recipients open their messages over time. Because of this, we’ve built in something called the "Engagement Timeout" – the amount of time, in hours, that a test waits to collect results after the end_time to make a decision on a winner and/or mark a test as completed. By default, this is set to 24 hours, but you can lengthen or shorten it to your needs. However, keep in mind that a test can run for 30 days total including the engagement timeout, so if you don’t set an end time explicitly, the system will set an end time that is 30 days minus the engagement timeout.

An A/B Test can be in one of the following states:

To change the default template when the A/B Test is in a "draft" state:

2. Scheduled State — An A/B test with start time, variant templates, and all the other parameters set in order to run an A/B test. If called in the Transmissions API, the default template will be delivered to recipients until the start time arrives.

To change the default template when the A/B Test is in a "scheduled" state:

3. Running State — An A/B Test is running with the template variants or default template being sent to recipients according to the test instructions.

To change the default template when the A/B Test is in a "running" state, the test must be cancelled first, which will put it into the "cancelled" state.

4. Cancelled State — An A/B Test that was cancelled by the user. If called in the Transmissions API, the default template that was defined at the beginning of the test will be sent to recipients.

To change the default template when the A/B Test is in a "cancelled" state:

Note that the A/B Test will go into "draft" state, and the version will be incremented accordingly. The following will also work, but requires a valid start time and other A/B Test parameters:

To change the default template or the winning template when the A/B Test is in a "completed" state:

Note that the A/B Test will go into "draft" state, and the version will be incremented accordingly. The following will also work, but requires a valid start time and other A/B Test parameters: