The Day Our DNS Hit an Undocumented Limit in AWS

How We Tracked Down Unusual DNS Failures in AWS

We’ve built SparkPost around the idea that a cloud service like ours needs to be cloud-native itself. That’s not just posturing. It’s our cloud architecture that underpins the scalability, elasticity, and reliability that are core aspects of the SparkPost service. Those qualities are major reasons we’ve built our infrastructure atop Amazon Web Services (AWS)—and it’s why we can offer our customers service level and burst rate guarantees unmatched by anyone else in the business.

But we don’t pretend that we’re never challenged by unexpected bugs or limits of available technology. We ran into something like this last Friday, and that incident led to intermittent slowness in our service and delivery delays for some of our customers.

First let me say, the issue was resolved that same day. Moreover, no email or related data was lost. However, if delivery of your emails was slowed because of this issue, please accept my apology (in fact, an apology from our entire team). We know you count on us, and it’s frustrating when we’re not performing at the level you expect.

Some companies are tempted to brush issues like a service degradation under the rug and hope no one notices. You may have experienced that with services you’ve used in the past. I know I have. But that’s not how we like to do business.

I wanted to write about this incident for another reason as well: we learned something really interesting and valuable about our AWS cloud architecture. Teams building other cloud services might be interested in learning about it.

We ran into undocumented practical limits of the EC2 instances we were using for our primary DNS cluster. Sizing cloud instances based on traditional specs (processor, memory, etc.) usually works just as you’d expect, but sometimes that traditional hardware model doesn’t apply. That’s especially true in atypical use cases where aggregate limits can come into play—and there are times you run headlong into those scenarios without warning.

We hit such a limit on Friday when our DNS query volume created a network usage pattern for which our instance type wasn’t prepared. However, because that limit wasn’t obvious from the docs or standard metrics available, we didn’t know we’d hit it. What we observed was a very high rate of DNS failures, which in turn led to intermittent delays at different points in our architecture.

Why is our DNS usage special? Well, it has a lot to do with the way email works, compared to the content model for which AWS was originally designed. Web-based content delivery makes heavy use of what might be considered classic inbound “pull” scenarios: a client requests data, be it HTML, video streams, or anything else, from the cloud. But the use cases for messaging service providers like SparkPost are exceptions to the usual AWS scenario. In our case, we do a lot of outbound pushing of traffic: specifically, email (and other message types like SMS or mobile push notifications). And that push-style traffic relies heavily on DNS.

If you’re familiar with DNS, you may know that it’s generally fairly lightweight data. To request a given HTML page, you first have to ask where that page can be found on the Internet, but that request is a fraction of the size of the content you retrieve.

Email, however, makes exceptionally heavy use of DNS to look up delivery domains—for example, SparkPost sends many billions of emails to over 1 million unique domains every month. For every email we deliver, we have to make a minimum of two DNS lookups, and the use of DNS “txt” records for anti-phishing technologies like SPF and DKIM means DNS also is required to receive mail. Add to that our more traditional use of AWS API services for our apps, and it’s hard to exaggerate how important DNS is to our infrastructure.

All of this means we ran into an unusual condition in which our growing volume of outbound messages created a DNS traffic volume that hit an aggregate network throughput limit on instance types that otherwise seemed to have sufficient resources to service that load. And as denial-of-service attacks on the Dyn DNS infrastructure last year demonstrated, when DNS breaks, everything breaks. (That’s something anyone who builds systems that rely on DNS already knows painfully well.)

The sudden DNS issues triggered a response by our operations and reliability engineering teams to identify the problem. They teamed with our partners at Amazon to escalate on the AWS operations side. Working together, we identified the cause and a solution. We deployed a cluster of larger capacity nameservers with a greater focus on network capacity that could fulfill our DNS needs without running into the redlines for throughput. Fortunately, because all this was within AWS, we could spin up the new instances and even resize existing instances very quickly. DNS resumed normal behavior, lookup failures ceased, and we (and the outbound message delivery) were back on track.

To mitigate against this specific issue in the future, we’re also making DNS architecture changes to better insulate our core components from the impact of encounters with similar, unexpected thresholds. We’re also working with the Amazon team to determine appropriate monitoring models that will give us adequate warning to head off a similar incident before it affects any of our customers.

AWS and the Cloud’s Silver Lining

I don’t want to sugarcoat the impact of this incident on our customers. But our ability to identify the underlying issue as an unexpected interaction of our use case with the AWS infrastructure—and then find a resolution to it in very short order—has a lot to do with how we built SparkPost, and our great relationship with the Amazon team.

SparkPost’s superb operations corps, our Site Reliability Engineering (SRE) team, and our principal technical architects work with Amazon every day. The strengths of AWS’ infrastructure has given us a real leg up optimizing SparkPost’s architecture for the cloud. Working so closely with AWS over the past two years also has taught us a lot about spinning up AWS infrastructure and running quickly, and we also have the benefit of deep support from the AWS team.

If we had to work around a similar limitation in a traditional data center model, something like this could take days or even weeks to fully resolve. That agility and responsiveness are just two of the reasons we’ve staked our business on the cloud and AWS. Together, the kind of cloud expertise our companies share is hard to come by. Amazon has been a great business partner to us, and we’re really proud of what we’ve done with the AWS stack.

SparkPost is the first email delivery service that was built for the cloud from the start. We send more email from a true cloud platform than anyone, and sometimes that means entering uncharted territory. It’s a fundamental truth of computer science that you don’t know what challenges occur at scale until you hit them. We found one on AWS, but our rapid response is a great example of the flexibility the cloud makes possible. It’s also our commitment to our customers.

Whether you’re building your own infrastructure on AWS, or a SparkPost customer who takes advantage of ours, I hope this explanation of what happened last Friday, and how we resolved it, has been useful. 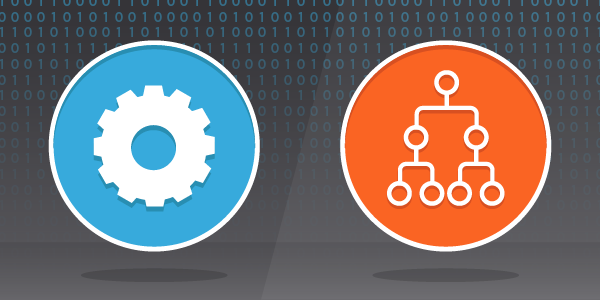 Why We Chose AWS Instead of a Data Center

How building our service on top of Amazon Web Services (AWS) instead of a data center has given us the agility needed to sustain rapid growth. 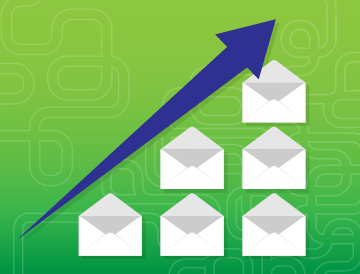 How to Build a Scalable Email Infrastructure

We sit down with Software Engineering Daily and share what it's like to architect a scalable email infrastructure that grows with our customer base.