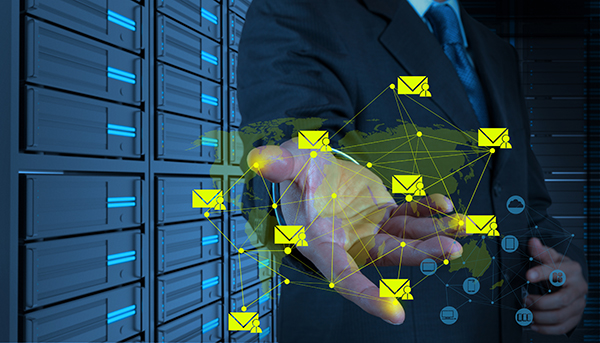 Let’s take a closer look at why Message Systems originally created the Adaptive Email Network, how it works, and why we’ve kept expanding its reach around the world. For email senders, the relationship with ISPs can seem adversarial. Their acceptance policies aren’t always clear, and the rules they impose can change dynamically. While some ISPs publish their rules to help guide senders into optimal sending practices, many others don’t publish rule sets at all. Some change their rules frequently, others seldom do. Given there are thousands of ISPs around the globe, it’s impossible for senders to a) keep track of rules worldwide, and b) continually tweak/update their sending infrastructure to reflect constant changes.

In 2011, the Adaptive Email Network had collected rules data from all the world’s major ISPs that account for the vast majority of global email traffic. However, many senders using the Momentum platform send a significant portion of their messages to receivers in markets such as South America, Australia, China or remote parts of Eastern Europe where much traffic is handled by smaller ISPs. As these Message Systems customers expanded into new markets such as Brazil and India, and sent growing volumes of email to smaller ISPs, they weren’t seeing the consistently high deliverability rates they’d enjoyed in North America and Western Europe.

Our solution was to expand the reach of the Message Systems Adaptive Email Network to include rules for as many ISPs as possible. That effort started off in 2013 and progressed into 2014 to the point where AEN has now reached approximately 98% ISP domain coverage in North America, South America, Europe, China and Australia.

How Does the Adaptive Email Network Work Its Magic?

The Adaptive Email Network and Message Systems Adaptive Delivery are unique offerings, and were designed specifically to automate the entire process of complying with ISP rules and remediating bounces and feedback loop responses (FBLs). The Adaptive Email Network collects bounce codes from ISPs worldwide. This data is compiled, processed and made available to Message Systems customers through daily live updates, which in turn automatically update sending configuration parameters within the Momentum platform. The AEN also collects data on unclassified bounce codes from the Message Systems customer base, and the deliverability team manually classifies these bounces and pushes global updates to all AEN members.

The actual process of expanding the AEN rules takes place largely through the analysis of hundreds and sometimes thousands of lines of bounce data. Unfortunately, as noted above, many ISPs don’t provide clear guidelines on whitelisting and sending rules. Some provide none at all, and others provide acceptance policy rules only in the local language. The Message Systems team logged many hours reaching out to ISP postmasters in these international markets to uncover exactly what their policies were. Once that picture became clear, the Message Systems engineering team scripted new capabilities into the Momentum platform in order for our customers to automatically comply with those ISP policies – just as they do with giant ISPs like Google, Microsoft and Yahoo.

… and thus the Adaptive Email Network was Reborn

As of this writing in late 2014, the AEN contains over 2,000 individual rules that collectively classify about 98% of bounces from ISPs around the globe. The system categorizes that data into 20 bounce categories in five different languages: Spanish, German, Portuguese, French and English. This classification process allows customers to make better decisions about future sends. Message Systems Adaptive Delivery technology uses the data collected through the AEN to automatically optimize sending practices for customers. It’s a proactive capability, automatically suspending or ramping up mailings based on real-time feedback. These automated traffic shaping capabilities ensure that customers maintain compliance with ISP policies such as the number of concurrent connections, volume of messages per hour, retry times, etc., which ensures consistently excellent deliverability.